In the current uprising of right-wing politics, the discussions often focus on a view of the world in its present state rather than understanding it as a historical process. Migration, ethnical identity are culturally created processes, which go back thousands of years and should not only be looked at from today's standpoint. Once we move away from the question, who is migrating today to the question who migrated the most. The countries who try to stop migration today are the biggest migrators themselves. Looking at these patterns alone is not enough. We still separate the world into countries. Creating borders where there are none. Borders are not given but created. Over the last thousands of years, people have drawn them into a world without borders. In our interconnected world, we should think twice about continuing this effort.

Cultural Interflow is a project by information designer Kim Albrecht, initiated and supported by the Goethe-Institut.

Migration as an interconnected worldwide network. Over the last 25 years, people moved from their origins, in yellow, to their new locations, in blue. The width of the lines represent the number of individuals who migrated.

Origin and destination of migrants are only given at the country level within the dataset. The visualization draws the lines randomly to one of the largest cities in the country. 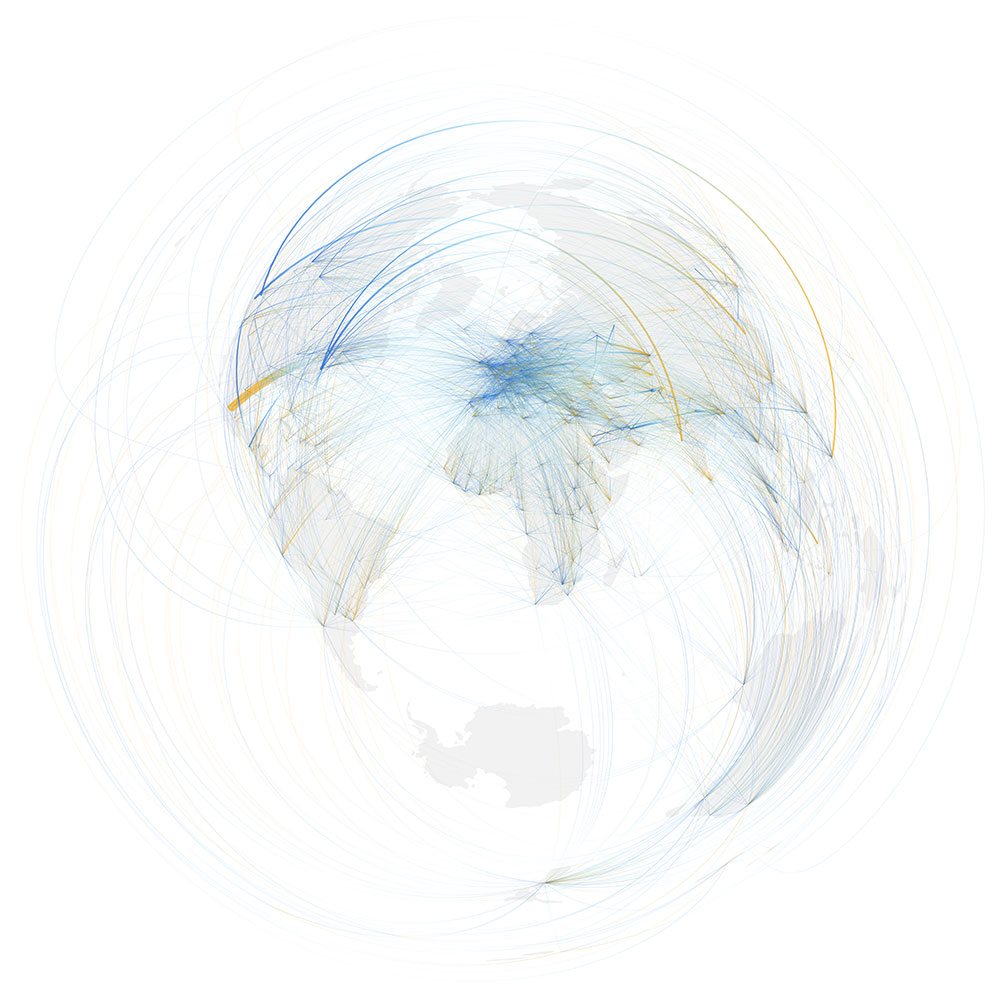 The results of these since thousands of years ongoing movements of human beings created a world of layered ethnic groups. Interestingly the ethnic groups that are currently most cautious about migration are the most migrated groups themselves:

The data behind this graphic is a story on its own. It comes from a website called the 'Joshua Project.' Here is what they write about their reasons for collecting the data: 'The main purpose of the Joshua Project people group list is to support church planting (CP) efforts that result in church planting movements (CPM).'Joshua Project. Link to the dataset.

Disclaimer: Data is never given but always created. The author of this visualization is skeptical about the dataset and the reasons for the collection. 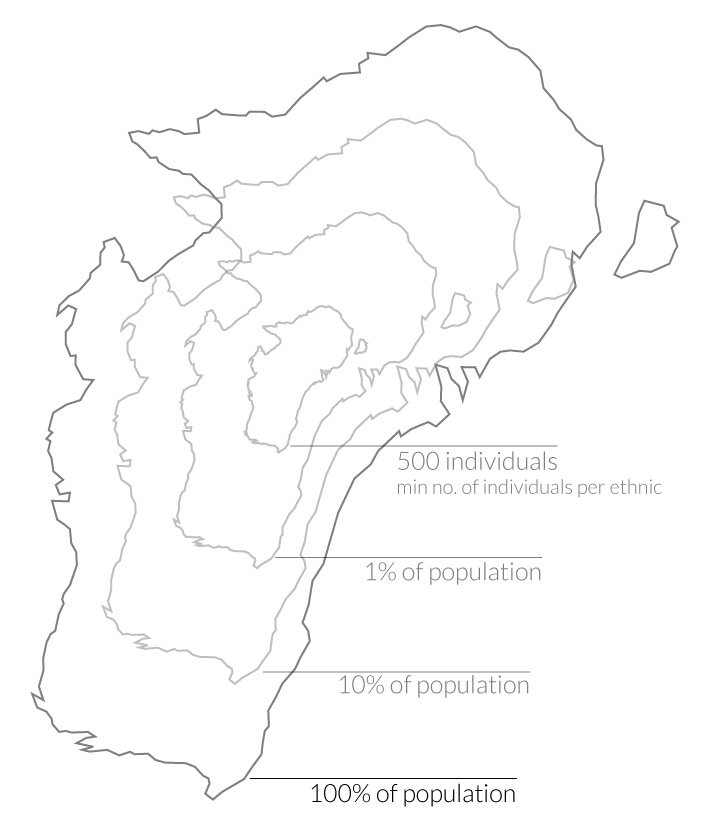 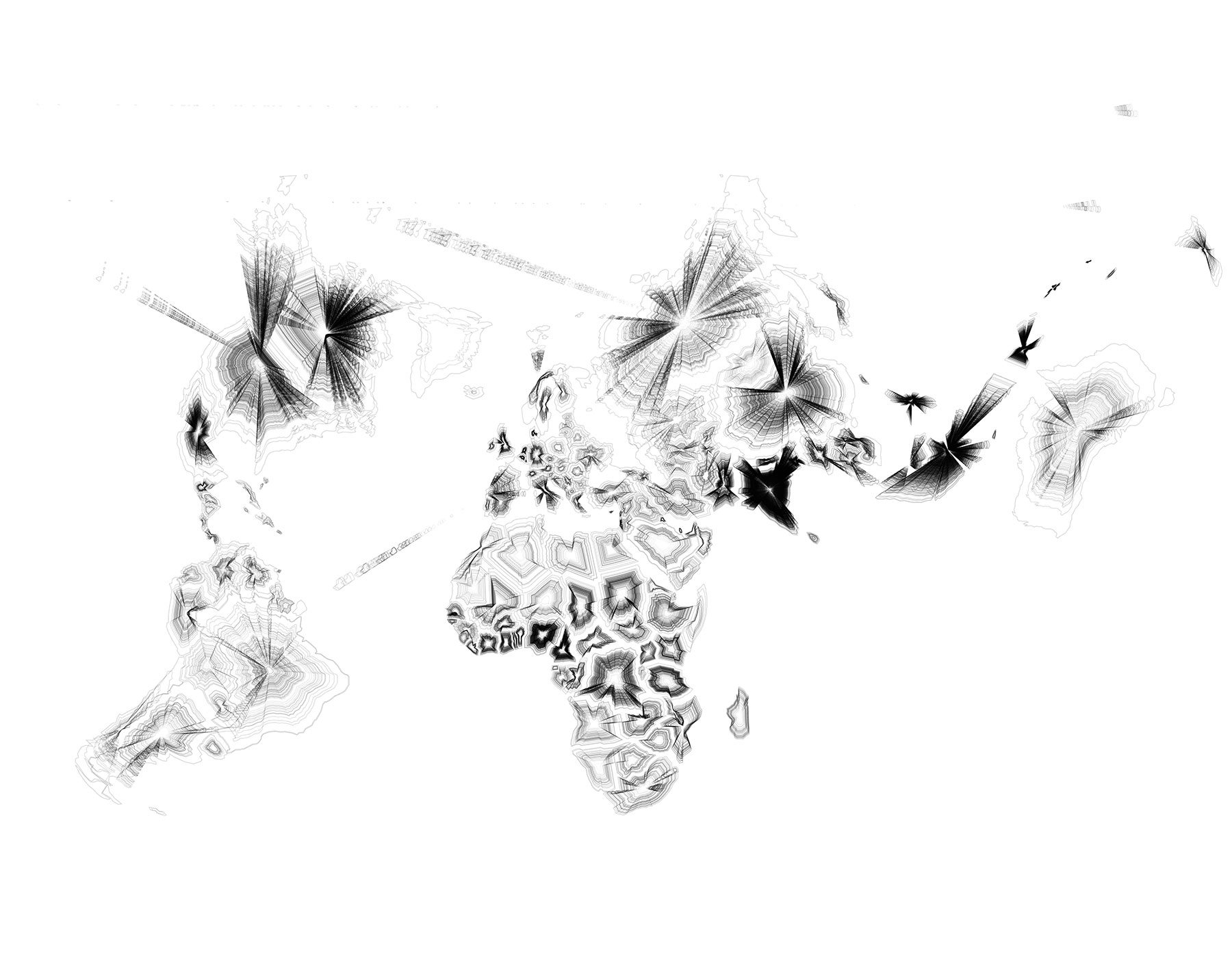 The third graphic shows the constructiveness and change of borders over the last 4000 years. Borders are social constructs. This map is meant to illustrate the artificiality, the fictional of boundaries. Once borders are not seen as given entities anymore, the notion of ethnicity, the nation, the state, dissolves with them.

The data behind this graphic comes from an unknown source. It is an illustration of the effect rather than the ground truth. 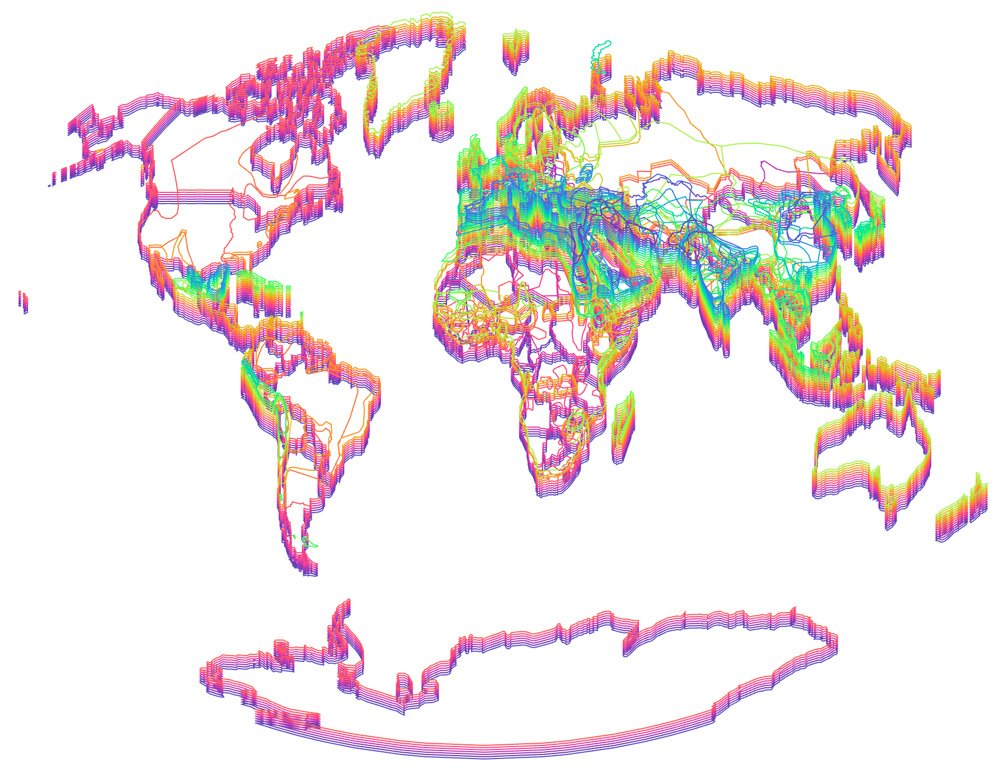